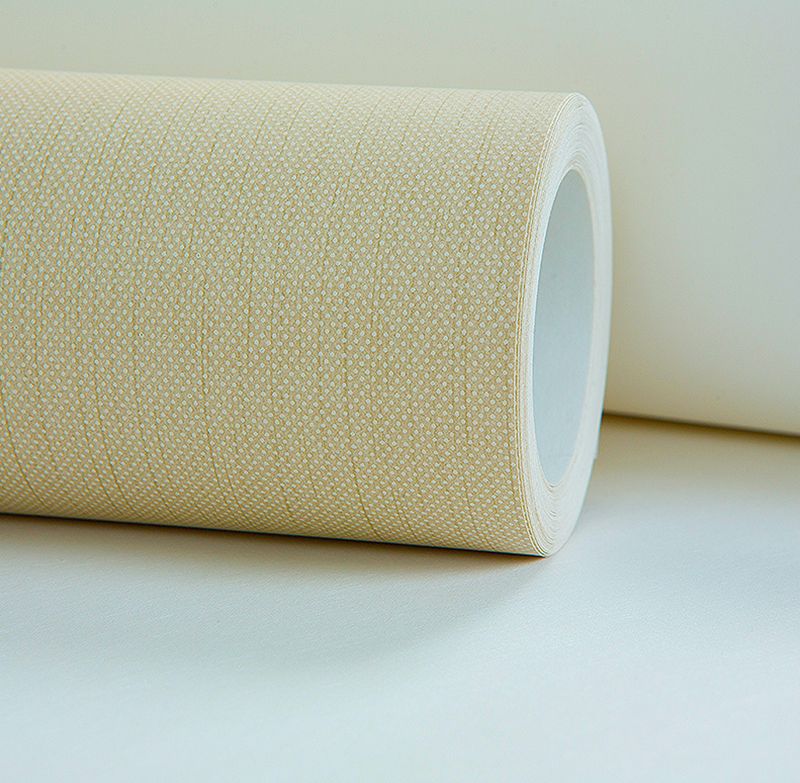 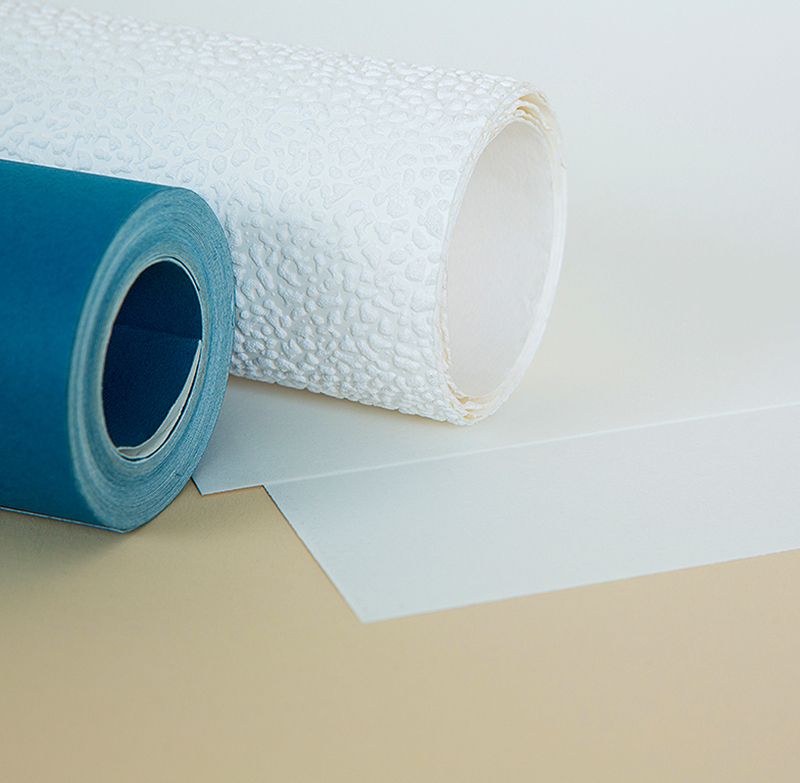 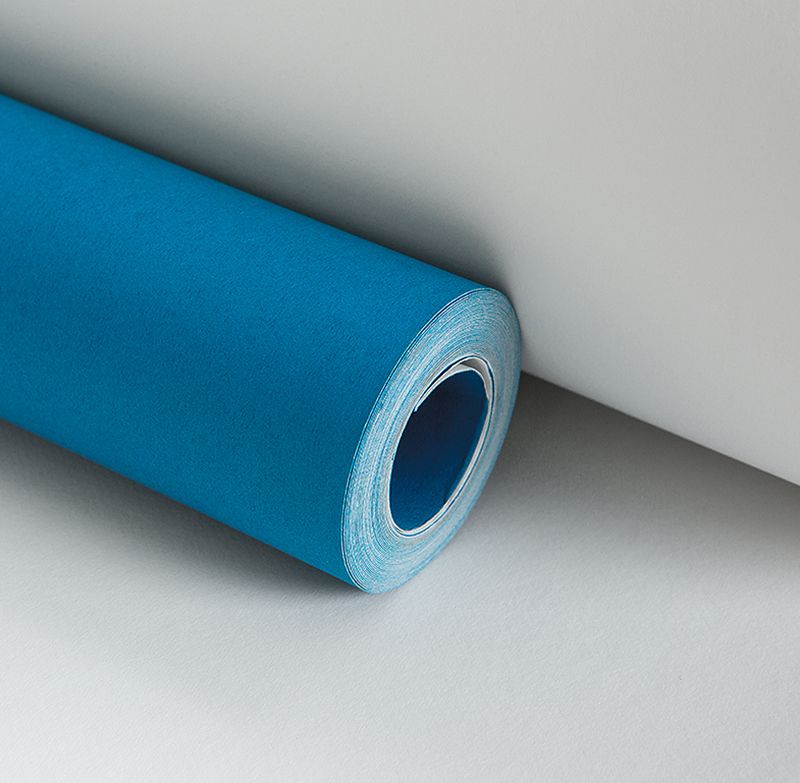 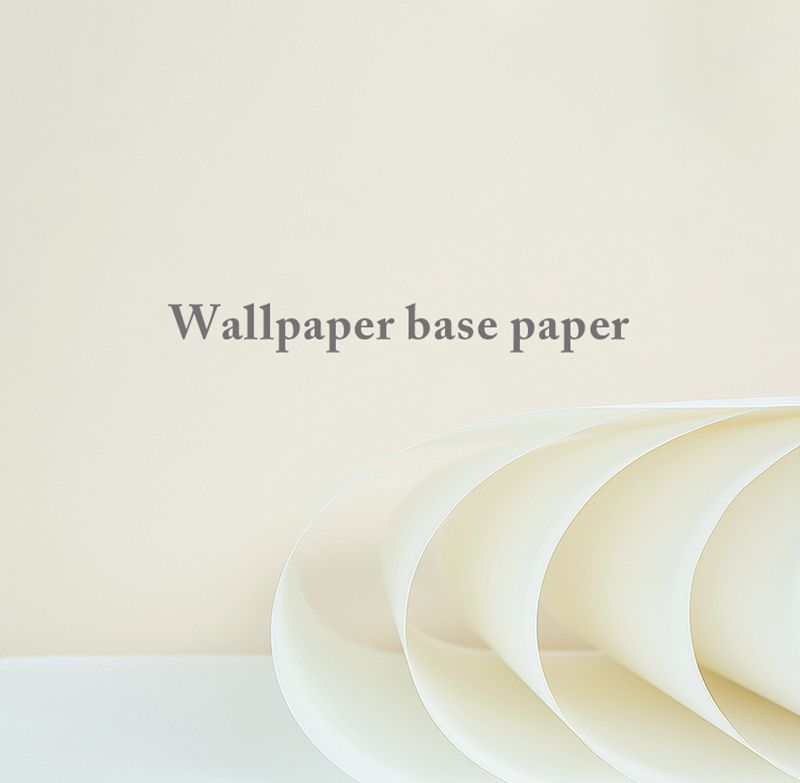 Compared to paper, non-woven paper is more durable. And Its features give it more advantages:

- Better tear resistance allows the wallpaper to be easier to install and remove.

- Good breathability keeps it from getting moldy.

- Superior printability makes it has excellent color performance in printing.

Non Woven Fabric Wallpaper as Wallpaper Base Paper has become the mainstream of the wallpaper industry, manufacturers of wallpaper will purchase a large amount of Non Woven Wallpaper from us every year, and then they will do secondary processing and sales. Because our wallpaper base paper is very cost effective, we have many European and American customers who have established long-term relationships with us.

Non Woven Wallpaper is favored by the wallpaper industry because of a number of advantages:

Easy to install and remove

Nonwoven is a lightweight paper backing that is easy to hang and easy to remove.

You also don't need to worry about the material shrinking or expanding too much over time.

Installers love it because it means they don't have to book wallpaper for long periods of time before hanging it (letting it sit after getting it wet or glued on).

Although lightweight, nonwoven wallpaper is designed to rise and fall in long strips.

If you've ever had the pleasure of removing old wallpaper, you can imagine how important this can be. When the paper substrate starts to break and you have to peel and scrape it off the wall inch by inch, the whole process can quickly turn into a nightmare.

Nonwovens are made specifically because the public needs a new wallpaper that will be very easy to remove from the wall once it has reached the end of its life.

Non-vinyl wallpaper is better for the environment because no vinyl is used to make it. Solid vinyl wallpaper has its benefits, mainly its durability, but the manufacturing process of vinyl (also known as PVC) is very bad for the earth's ecology due to the chemicals released in the atmosphere.

The manufacturing process of non-woven paper produces no such chemicals, which means a much lower carbon footprint overall. Nonwovens are not 100% natural as a significant amount of its material is synthetic, but even these synthetic materials have a far smaller environmental impact than any vinyl product.

The special blend of natural and synthetic fibers makes non-woven wallpaper strong enough to be washed.

Now, a wallpaper novice might not think these two features are a big deal, but any older person in this industry would be quick to disagree.

Wallpaper wasn't always as easy to clean as it is today. Well, vinyl was, but not some other paper patterns.

We take it for granted that you can spill something on your kitchen wallpaper and simply wash it off with a damp sponge. In the past, the spill would leave a mark that you couldn't easily remove. You'd either have to replace that part of the wall or live with it. Non-woven wallpaper is very easy to keep clean.

In the 1990s, the wallpaper industry saw a significant decline due to the mold scare. During that decade, mold became a buzzword, and wallpaper was one of the scapegoats. Although not the cause of the mold, the industry was nonetheless under attack for it.

Nonwoven fibers solve this problem because the material is designed to breathe. This means that moisture is not locked between the paper and the wall, thus eliminating the problem of mold and mildew.

The preferred substrate for the wallpaper industry

While not as durable as some other vinyl products, nonwoven wallpaper is perfect for many different uses. It offers you the best aspects of all worlds.

This is what most people tend to think of because it was in use for a large part of the 20th century. For a long time, it was the new kid on the block. It was and still is touted as durable, long-lasting, highly cleanable and highly scrubbable.

However, there are drawbacks. It has a significant impact on the environment, and some people dispute its side effects, and health issues. It should be noted that vinyl is now manufactured differently than it was in the 60's and 70's, but many people still don't trust it. Vinyl wallpaper got a bad rap in the 90's that some people never forgot.

This is the oldest base material. It's not the least bit toxic, and as long as you make it from recycled paper products or replanted trees, it has no impact on the environment. It also looks great.

However, there are drawbacks. It's fragile, it tears easily, and if you spill anything on it, you better replace it because that stain is not going to come out. For paper wallpaper, people think of sophistication.

Is it as sturdy as vinyl wallpaper?

No. Oh, of course not, but it's strong enough for most people.

Is it as cleanable, washable and scrubbable as vinyl wallpaper?

No, oh, of course not, one is based on plastic and the latter is made of a fiber blend. Cleaning solid vinyl is like cleaning the linoleum floor in your kitchen. But nonwoven is as cleanable, washable and scrubbable as most people need it to be.

Is it as light and easy to hang as paper wallpaper?

Yes, pretty much, and once it's hung on the wall, it doesn't expand as much as the other two.

By now, you should see what we mean. It's not as strong as vinyl, but it doesn't have all of its drawbacks either. Plus, it's stronger and more durable than just paper.